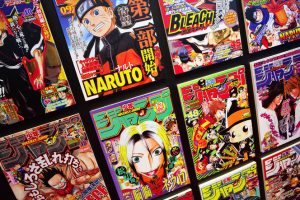 Manga is an incredible phenomenon that continues to conquer new audiences. Originally written in Japanese for Japanese audiences, over the years, manga has gained worldwide prominence. But even with this massive wave of cultural exportation, manga is still an important social phenomenon in Japan which, for a fairly conservative country, has wielded tremendous cultural global impact through these comics. In the West, close behind the United States, France stands out as the third largest manga consuming nation in the world. Collector’s item or disposable product, the status conferred to manga by Westerners or the Japanese is quite different. Let’s investigate!

Manga is well anchored in Japanese society. Every Japanese person reads, has read or has seen at least a single manga. Whether through the actual comics, through anime or derivative products, the literary culture of manga permeates Japanese culture as a whole. Between the construction of a giant mobile Gundam in Yokohama and the establishment of a One Piece Tokyo Tower at the literal foot of Tokyo Tower, the manga is even a homogeneous part of the Japanese landscape.

However, the profession of mangaka, or manga artist, has long been poorly regarded by the Japanese, seen as a ‘false’ profession. This state of mind, resulting from collective ignorance, has changed significantly over time and allowed the manga to quickly gain in popularity. It was in particular the importance that the manga was beginning to acquire in the eyes of the entire world that caused this drastic turn, which is manifests today in several ways. For example, the district of Akihabara has evolved, over the years, from specializing in technology to an almost 100% tourist district with specialization in manga and anime.

The various collaborations between national and foreign brands are also a good example: One Piece and Jojo’s Bizarre Adventure have appeared in the brand marketing for both accessible brands like Uniqlo and more upscale brands like Gucci. Japanese and foreign brands quickly understood that manga can represent good marketing support, which is something that has not quite emerged with Western comics.

A topical subject, we must not forget the importance that manga and their authors will represent in the next Olympic Games, which are scheduled for this summer in Tokyo. This bold, inclusion of manga as part of the national visual myth of Japan, presented to the rest of the world through this global event, shows how integral manga is to Japanese culture. The choice of Goku, from Akira Toriyama’s famous Dragon Ball, as ambassador for the Olympic Games as well as the artistic participation of mangakas Hirohiko Araki (Jojo’s Bizarre Adventure) and Naoki Urasawa (20th century boys) in development of posters for the Olympic and Paralympic Games are beautiful examples of this as well.

As a product, manga is consumed differently in Japan than it is here in North America. Where most manga buyers in the West want to build their collections, in Japan, manga is primarily a disposable consumer product. Obviously, I’m not saying that there are no collectors in Japan, but according to the Japanese norm, manga is a product that we read and that we throw away, resell or exchange most of the time. There are three different factors in Japan related to this phenomenon: pre-publication magazines, the new manga market, and the used manga market.

You should know that before a manga is published as a hardcover book, it is initially pre-published, chapter by chapter, in a pre-publication magazine such as Shonen Jump, Weekly Shonen Magazine, Young Magazine, etc. For the most part, these magazines are very affordable: the weekly issue of Shonen Jump costs 290 yen or about $ 3.20 CAD and contains about fifteen different manga chapters. This accessibility is largely responsible for the rise and popularity of manga in Japan – anyone in Japan can afford this type of content. In the West, mostly printed in large color format, our comic books are really less affordable (generally, a single volume can cost between $15 and $30).
Manga in Japan are printed on low-end paper, recycled and often in different colors. Pre-publication magazines often leave much to be desired in terms of both magazine quality and printing, but this is a voluntary choice on the part of publishers. This unusual choice allows the average Japanese to read their magazine and recycle it without any regrets.

For hardcover manga, their consumption is linked to the cycle of new/used manga markets. Published in higher quality and in a smaller format size than in pre-publication magazines, new, hardcover manga is fairly accessible. Usually, they are bought on the day of release, between 300 yen ($ 3.30 CAD) and 500 yen (5.51 $ CAD).

Once read, the manga bought new will end up, most of the time, either discarded or sold in a used manga bookstore. The most popular chain being the Book Off company which, with more than 300 stores spread through the Japanese archipelago, specializes in the purchase and sale of used manga.

With the second-hand manga market in Japan flourishing, it’s easy enough to imagine the classic pattern of life in a pre-publication manga and magazine.

Purchasing a related manga → reading the manga → resold in a used manga store → bought by someone else → read again → resold → etc, etc …

In recent years, a new form of manga consumption has appeared. A logical flow of technological advancement, digital pre-publication magazine platforms have begun to emerge. These new media make life difficult for print magazines. Even cheaper than physical magazines, a monthly subscription allows full access for members to all pre-published series. The best example are the Shonen Jump application, developed by the Shueisha. Even if the pre-publication magazine still has a bright future ahead, especially with the craze that manga is currently gaining, paper sales are slowly starting to decline.
In 2019, there was a 4% recorded loss for paper formats versus an increase of 24% for digital versions. However, we must not cry wolf too quickly either, since there are still more than 2 million copies of Shonen Jump printed every week!

As we have seen, the way manga is perceived in Japan is quite different from the perception we have of it here in the West. For most Japanese people, manga is a part of everyday life, an important part of the Japanese economy and culture. As part of the visual representation of Japan, notably in the upcoming Olympics, manga has imposed an indelible mark on Japanese culture.

Here are a few questions, returning to a slightly more Western perspective.
Is the way we consume manga in the West, as collector’s items rather than disposable products, beneficial to the evolution of manga? Does this method of consumption encourage the mangaka more than participating in a second-hand manga market? Will this form of consumptio be an ultimate form of resistance from the growing digitalization of manga?

I’ll let you have the last word. thanks for reading. 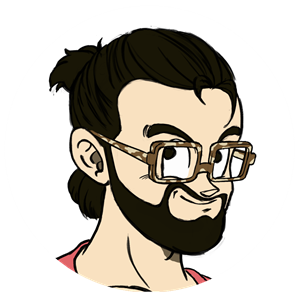