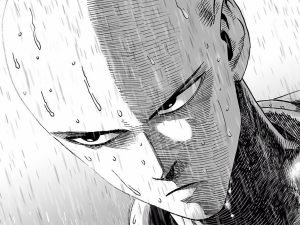 While American comics and manga are both technically graphic novels/comics, they typically have completely different audiences. And while they each have their strengths and weaknesses, these might be difficult for a newbie to recognize. Let’s identify the main common points and differences between manga and comic books!

Obviously, we won’t be able to cover absolutely every type of comic or manga, there are just way too many styles to cover. So, let’s use the most popular genres in each as a representative example. This would be superhero comics and Nekketsu shonen manga.
Some of you may already be asking yourself: what is a Nekketsu shonen!? Quite simply, Nekketsu are classic quest-type shonen series, that usually feature a central protagonist who must work hard to increase his power levels and continue his quest. Big names like Dragon Ball, One Piece, or even Naruto are all examples.

Now that this point is clarified, we will be able to get to the heart of the matter.

Anyone who’s ever read a manga or a comic book might already see a clear difference, but let’s quickly go over the basics before we dive in.

The main characteristics of manga, with a few exceptions, are the black and white drawings and the Japanese reading direction, which is the opposite of ours here in North America. So from right to left instead of left to right, but still moving through the page from top to bottom.
Conversely, comics are almost always in color (there are obviously exceptions: The Walking Dead, for example) and are read from left to right and top to bottom.

In Japan, before being published as bound volumes, manga are pre-published chapter by chapter in weekly magazines, the best known of which is obviously Shueisha’s Weekly Shônen Jump. It’s through Jump that we’ve seen practically all of the classic Nekketsu shonen emerge.

These huge 500-page journals, sold at a very low price as they are printed on cheap, newspaper-like paper, are used to test manga. If the public is receptive, the manga is then published in 10-12 chapter volumes, which is the format that can be found in stores on our side of the globe.

On the comic book side, the system is slightly different, but there are still a couple similarities. Stories appear first in what are called “single issues,” the equivalent of a chapter. Typically between 25 and 40 pages, each of these soft cover issues are available in specialty stores, and features a story about a central character or team.

But unlike with manga, you can find the same character in several different “single issues”. For example, the character of Batman can be simultaneously found in “Batman” as well as in “Detective Comics”. Once a story or a narrative arc is finished, these single issues are gathered, like manga, in either hard cover or TPB (Trade Paperback) volumes. There is also usually a new “deluxe” paperback edition released several months afterwards. These volumes are often the main entry point for anyone interested in discovering a particular character or comic book universe.

Now that basic information is out of the way, let’s get to the heart of the matter. Concretely, what makes a manga different from a comic book?

The way the story is created and told

A manga has a writer and artist, or even a single person working on both aspects, known as a mangaka. As we follow the adventures of the story from first to last volume of the story, we are also following the vision of the same author(s) throughout the entirety of the manga all the way to a fully complete ending.

With comics, it’s a whole other story. Characters can be created by someone years ago, but be used and reinvented by different creators and writers over time. There is, of course, a certain history to the character that must be respected, although new authors often take liberties to write stories according to their vision of the character.

This is the major difference between manga and comics: on one hand, manga feature the vision of a single mangaka or team. On the other hand, comics are published as “runs”, or separate narrative arcs, that permit different creative teams to work with their own interpretations of the characters. This is an aspect that can pose certain continuity and consistency problems, which becomes expected when you can have dozens of years of history to respect. Some runs will fit naturally into the canon continuity, but others set up different versions of the characters. There’s actually a concept that was created to correct this problem, the notion of multiverse, which is mainly found in the Big Two, DC Comics and Marvel.

When reading comics, although there may be unclear elements in the issue you are reading, the arcs are generally made to be understood by readers with varying depths of backgound knowledge.
This is an interesting aspect of comics, because, as we read through more issues and expand our knowledge of the story universe, we find answers to previously unclear elements.

In a manga, when we cannot identify with the hero or story, there is no ‘solution’. The narrative frame does not exist outside of that particular manga. This is quite rare though, manga often draw you completely through worldbuilding and perfectly defined characters, again thanks to the consistency of a single creative input. Character development is one of the major strengths of manga in general, which we will come back to slightly later.

In the world of comics, the notion of multiverse means that a hero can be reinvented in many ways. There are many possibilities that open up outside of the “classic” universe.

It also allows for characters to be formally ‘updated’ over time. For example, Tony Stark, aka Iron Man, has had his origins reviewed several times in order to fit a current context. The first version of the Iron Man story, created in the 60s, takes place during the Vietnam War, but in order to attract a new audience and make it easier to identify with the universe, history was later reviewed and relocated to the Gulf War, and then to Afghanistan. This is something that would be unthinkable to do in manga where the origins of the characters are eternally frozen. This multiverse system will also allow universe “reboots” to allow new readers to find entry points without needing to know a character’s full history.

Evolution of the characters

In manga, and particularly in shonen, the hero evolves through the story. This can be an evolution in power level, but can also often reflect an evolution in the maturity of the characters that we will follow and who we watch grow up. This is why shonen manga feature important life lessons that often target young people, teaching them values such as respect , courage, friendship.

In the comics, the operation is very different. The heroes do not evolve or change very little over time (time which becomes very relative, by the way). If we take the example of Superman who has been around since 1938, he obviously hasn’t aged 83 years. He remains forever in the guise of a man in his thirties and his powers do not evolve. He is and always has been able to fly, has super strength, etc… Obviously, we are generalizing a little bit, there is obviously a character evolution, but it is very minimal compared to those found in manga.

In comics, these character evolutions are more likely result of choices made by differing creative teams over time, usually in order to renew interest in a character. No one wants a hero who stays the same!

This concludes our little introduction on the major differences between manga and comics! Of course, this is a rich subject that deserves more than a single article. We’ve only just barely scratched the surface! Expect more detailed articles from us soon!