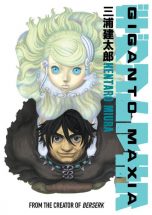 100 million years after the Great Destruction, life hangs on in the wastelands with human, demi-humans, and massive creatures fighting for survival. With the Empire of Olympus using colossal beasts to crush their adversaries, only gladiator Delos, mystic Prome, and the titan Gohra they become can hope to stem genocide and heal the shattered Earth! From the immense imagination of Berserk creator Kentaro Miura comes Giganto Maxia, a science-fiction/fantasy manga of titanic proportions! 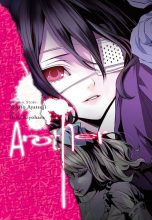 n the spring Of 1998. Koichi Sakakibara transfers into third-year class 3 at Yomiyama North Middle School. But little does he know… his new class has a horrible secret. When he takes his seat in class for the first day of school, Koichi is unsettled by his fearful classmates. Despite this atmosphere and warnings from fellow students. Koichi is drawn to the beautiful, distant Mei Misaki, another classmate. But the closer he tries to get to her, the more mysterious she and their class become. And when a fellow student dies a disturbing deaths– Koichi seeks to learn the truth behind the curse of third-year class 3. But can he get answers before the curse kills him ? 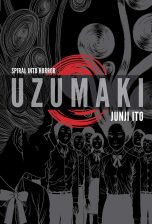 A masterpiece of horror manga, now available in...
Learn more

A masterpiece of horror manga, now available in a deluxe hardcover edition!Kurôzu-cho, a small fogbound town on the coast of Japan, is cursed. According to Shuichi Saito, the withdrawn boyfriend of teenager Kirie Goshima, their town is haunted not by a person or being but by a pattern: uzumaki, the spiral, the hypnotic secret shape of the world. It manifests itself in everything from seashells and whirlpools in water to the spiral marks on people’s bodies, the insane obsessions of Shuichi’s father and the voice from the cochlea in our inner ear. As the madness spreads, the inhabitants of Kurôzu-cho are pulled ever deeper into a whirlpool from which there is no return! 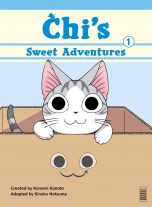 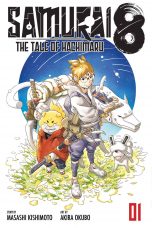 A futuristic tale of samurai adventure from the...
Learn more

A futuristic tale of samurai adventure from the creator of Naruto!Becoming a samurai seems like an impossible dream for Hachimaru, a boy who can’t even survive without the help of his father. But when a samurai cat appears before him, his whole life changes! A legendary manga creator and a rising star come together to bring you this science fiction samurai epic! Only the most powerful warriors are able to transcend their human bodies and become something even greater—samurai. Samurai carry special souls within themselves and can travel through space as easily as walking the earth. Hachimaru has always dreamed of becoming a samurai, but he’s as weak as they come. He’s so sickly that he can’t even eat solid foods. Being too weak to leave the house may have turned Hachimaru into an expert at video games, but with enough heart, could he become a true samurai? 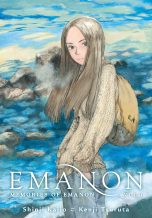 A new series begins from the artist of...
Learn more

A new series begins from the artist of the Eisner-nominated Wandering Island!The year is 1967, and a young Japanese man is thinking about the future. On one side of the water, the war is raging in Vietnam; far away on the other side, the Apollo Project has just met with disaster as three astronauts die in a capsule fire. And here and now, on a long nighttime ferry ride back home, he will meet and fall in love with a mysterious young woman who carries a past deeper and more profound than his dreams and fears of tomorrow. Her name, she jokes, is no name—Emanon…and she can never be forgotten, any more than she can forget…Series Overview: First of Three Volumes. 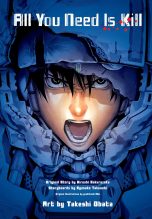 All you Need is Kill – Integral (EN)

When the alien Mimics invade , Keihi Kiriga is just one of many recruits shoved into a suit of battle armor called a Jacket and sent out to kill. Keiji dies on the battlefield, only to be reborn each morning to fight and die again and again. On his 158th iteration, he gets a message from a mysterious ally– the Female soldier known as tge Full Metal Bitch. Is she the key to Keiji’s escaoe ir his Final death? 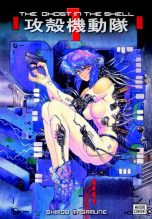 Deep into the twenty-first century, the line between...
Learn more

Deep into the twenty-first century, the line between man and machine has been inexorably blurred as humans rely on the enhancement of mechanical implants and robots are upgraded with human tissue. In this rapidly converging landscape, cyborg superagent Major Motoko Kusanagi is charged to track down the craftiest and most dangerous terrorists and cybercriminals, including “ghost hackers” who are capable of exploiting the human/machine interface and reprogramming humans to become puppets to carry out the hackers’ criminal ends. When Major Kusanagi tracks the cybertrail of one such master hacker, the Puppeteer, her quest leads her into a world beyond information and technology where the very nature of consciousness and the human soul are turned upside down. From Shirow Masamune, the award-winning creator of Appleseed and Dominion, comes The Ghost in the Shell, the breakthrough manga that inspired the internationally acclaimed animated film. An epic dystopian tale of politics, technology, and metaphysics, The Ghost in the Shell has been hailed worldwide as an unparalleled visionary work of graphic fiction. And now it’s ready to dazzle the imagination in its second millennium. 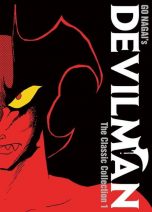 Go Nagai’s groundbreaking horror classic that inspired the genre for decades. Hordes of demons, once thought entombed forever in the underworld, have now returned to Earth. Evil and corruption begin to seep into our world, as demons seize human hosts. Mankind’s only hope for salvation is to use the demons’ power against them–and only a pure-hearted man like Fudo Akira can do so without losing his humanity. Once little more than a crybaby, Akira now wields the terrible power of a devil, yet holds the innocent soul of a man–Devilman!

Arts and Sports Not available online
Add to Wishlist
Browse all volumes from this serie
Want more ?

Discover one of the largest manga collection in North America!